Day trip to Marrakesh with a guided tour 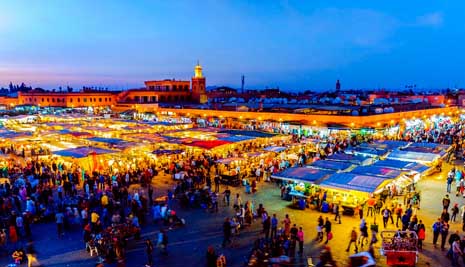 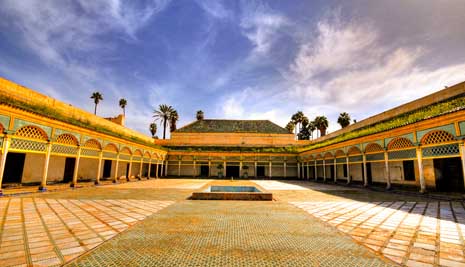 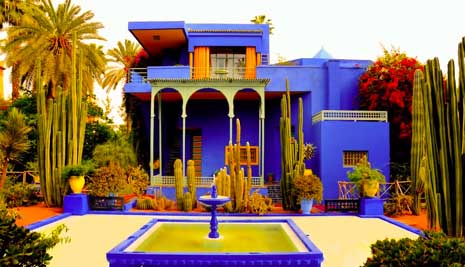 A day trip to Marrakech is one of the most rich experiences that you can have in Morocco. A Marrakech guided tour is an experience that combines modernity and tradition. Marrakech is one of the imperial cities in morocco. And it’s a city that contains many grand souks. The list includes: the Smite-booties, souk Haddadine-iron manufacturers, Chouari-Suk of basket weavers, Cherratine-Souk where they work the leather, jeweler Souk.

On our Marrakech guided tour, we’ll pay a visit to Ben youssef Mosque the giant monument from centuries ago, Mezquita mosque, the Koubba al Mouaravdine, and Museum of Marrakech… We’ll also visit the Bahia Palace; it was built in the late 19th century. The builders intended the palace to be the greatest of its time. The name “Bahia” means “brilliance”. As in other buildings of the period in other countries, the palace captures the essence of the Islamic and Moroccan style. We’ll visit, after that, the El mansour mosque also called Della casba mosque it is well adorned with its giant minaret garnished with turquoise arabesque. Then, we’ll drive by the Saadian tombs.

As evening arrives, we’ll rest and eat dinner in a luxurious traditional Riad. We’ll wander then in the narrow streets of Marrakech, till we arrive to Jamaa El Fna square, where we will meet fortune tellers, snake charmers, music groups, water bearers, tattooists. Then, we  end our Marrakech day trip.